I’m currently working on turning the first of the five Stonewylde books, Magus of Stonewylde, into a TV series.  This is way out of my comfort zone, but something I feel I must do.  Over the years, many, many readers have said how much they’d like to see Stonewylde on the screen.  I’ve always been wary of this, not wanting the story messed about with or changed too much in order to fit some production company’s criteria.

But I feel now the time is right for me to create a screen version of Stonewylde myself – or at least lay down the bones for it, even if someone else does the fleshing out.  It’s a strong and very visual story, with some powerful characters, and after all this time if now feels right to embark on this project.  Stonewylde is all about my love of nature, and how we should honour the Earth – today more than ever, this is a message that needs to be shared.  So I’m busy writing the screenplay, which has pushed my other projects further down the list, but given that the Stonewylde story already exists, I don’t envisage this taking too long.  Exciting times! 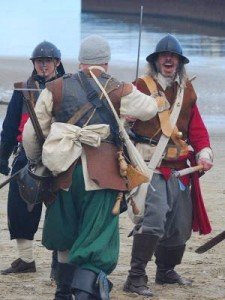 The idea for my next book was born many years ago when working in Weymouth. Teaching local history to my classes, I was fascinated by two events that happened in Dorset during the Civil War. One was the siege of Corfe Castle and the other was a daring plan executed by the Royalists in Portland. They plotted to infiltrate and then storm the twin towns of Weymouth and Melcombe Regis during a cold February night, and oust the Parliamentarians. I dreamed of one day writing about these incredible events.

My next novel will be set on Portland and based on the theme of The Tempest. This is one of my favourite Shakespearean plays, and I’ve often imagined it taking place on Portland. I’m therefore intending to loosely combine the events of the Portlanders’ attempted coup during the Civil War with the plot of the Tempest.

I’ve been engaged in research for this historical novel for ages. My head is boggling with battles, sieges, marches and surrenders – and I’m not even particularly interested in the military side of things! One of the best books I’ve read on the subject of the Civil War is a novel by Lindsey Davis called Rebels and Traitors – I found this extremely helpful. Two non-fiction books which have been excellent for the local history side of my research are Treasure of the Golden Grape by Selwyn Williams, and The Crabchurch Conspiracy by Mark Vine. 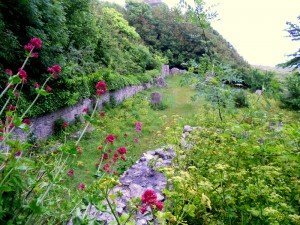 The ruins of St Andrews Church

The island of Portland (technically a peninsular because of Chesil Beach, but an island to all intents and purposes) is unique. It’s beautiful, magical, mysterious – a writer’s dream. It’s also had its guts ripped out by quarrying, which has been and still is vital to the economy, putting food on the table for countless generations. At the time my novel is set, the 1640s, the quarrying industry on Portland was still minor and the landscape therefore was totally different from today’s.
I’ve spent countless days in Weymouth reference library, Portland Museum, and the Dorset History Centre in Dorchester. The more you learn, the more you realise you don’t know. One of the problems is that the Roundheads burned down the largest house on the island – the Old Parsonage – where many of the records were probably kept. 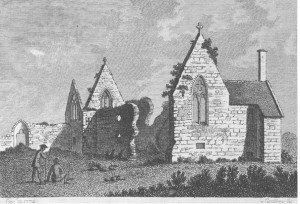 Another fascinating aspect of Portland’s history is the invasion by the Vikings. Portland was one of the very first places in the UK where the early Vikings landed. I’m considering a time-slip element, encompassing the very early Saxon church which stood on the site of the now ruined St Andrew’s Church – which is also the place where the Portland Royalists planned their attempted coup during the Civil War. And there happens to be a natural spring here too, which, as many of my Stonewylde readers will understand, is also a sacred site and place of the divine feminine. All these elements will be combined in my historical novel.

I’ve spent hours mentally resurrecting the ruins of the buildings and the devastated landscape, and peopling the island with my characters. Prospero, Miranda, Caliban and Ariel have slowly come to life and mixed with real-life characters such as Fabian Hodder, Colonel William Sydenham of the Parliamentarians and Sir Lewis Dyve of the Royalists. I can’t wait until that moment when I pick up the marionettes and make them all dance to my tune.

There are two very exciting projects I’m really looking forward to writing, both for children. The first is a picture book featuring owls for young children. And the second is a novel for ‘Middle Grade’ and older, based on a puppy who gets run over, and his boy who must come to terms with his beloved pet’s death. This sounds horribly macabre, but the idea came to me years ago whilst driving home from an authors’ conference and seeing a dead fawn lying by the side of the road. I’ve always found roadkill so distressing (I’m sure we all do) and this book will hopefully be of some help children who see dead animals on the roadside.