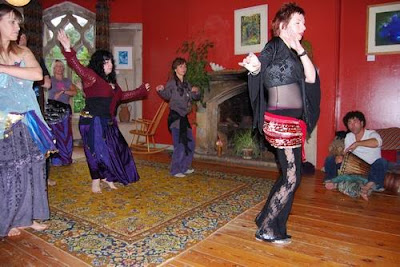 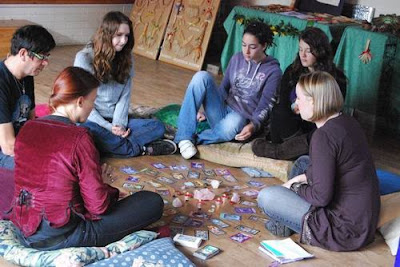 Rose teaches a group about the Tarot 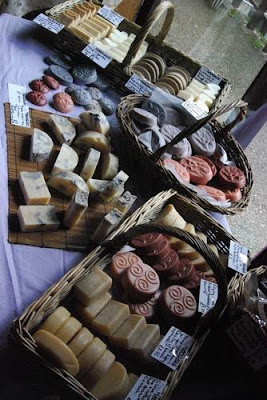 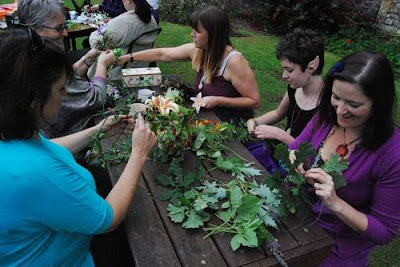 Faerieface’s lovely workshop outside – making circlets from flowers and leaves 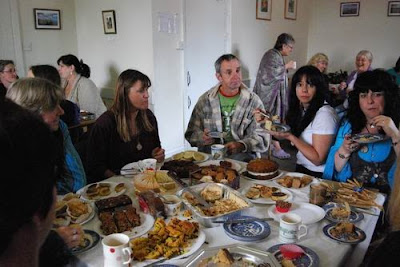 The wonderful cake-fest – I’ve never seen (nor eaten) so much cake in my life! 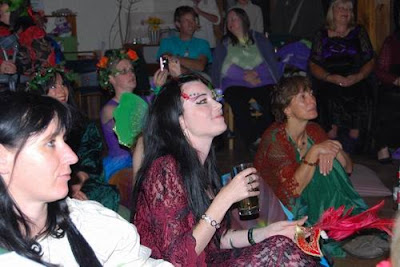 Stonewylders enjoying the entertainment on Saturday night – Ebany did us proud! 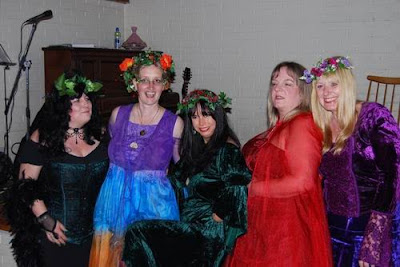 Some Stonewylders in their finery enjoying the party
This is a mostly pictorial blog today as I must make a start on the Autumn Equinox newsletter, and am also trying to pack for the Elf Fantasy Fair in the Netherlands as we’re leaving the day after tomorrow!

Saturday at the Stonewylde Harvest Moon Gathering was pretty stress-free for me, thanks to my wonderful elfin assistant Sujee!! I’d asked her to organise it all and she did – so beautifully. Many of the Stonewylders coming to the Gathering had talents and skills, and it seemed a good idea to share these. So people “volunteered” to run workshops, and others then signed up for them – seemed like a good idea back in January. But logistically it all became a nightmare because SO MANY Stonewylders had things to offer! Poor Sujee – what a star she was, organising times, people, rooms, facilities, and endless lists.

In the end it all went like clockwork. There were loads of different workshops and sessions running all day, people could opt in or out whichever they felt like, and everyone it appeared had a brilliant time. I personally attended Lili’s yoga session, followed by Sujee’s belly-dancing, Cornmother’s corn-dolly making, and also fitted in a sound-bath with Angela (what a special experience that was!) and a tarot reading with Magicwitch. I’d have loved to have done more – and there was loads more on offer. But there simply wasn’t enough time in the day to fit it all in.

There was also a Stonewylde market running all day, where our talented folk could set up a little stall and sell their wares. We had beautiful paintings and cards from my sister Helixtree, Seawitch’s delicious soaps, Where the Wild Roses Grows’ divine jewellery, Nikki’s adorable wood craft, Cornmother’s exquisite corndollies, Nikwandmaker’s gorgeous wooden dowsing rods and wands, and last but not least, Jaderaven’s wonderful crystal jewellery. It was one of those situations where you wished you had a massive wad of cash to spend!

The weather was very kind to us all day. Rhiannon ran her chakra balancing outside, as did Faerieface with her circlet workshop (many of which were worn later) and Nik’s Tree Energy walk. Ebany took a singing group, Greywolf a Native American Healing session, Rose a guided meditation and tarot workshops, and of course there was the yoga and dancing too. Many people offered one-to-one sessions in lovely things like reiki, head-massage, sound-baths, healing and much more. I’ve attended many health and healing/MBS events, and if we’d all paid for everything we did that Saturday, it would have cost a fortune. But every buy phentermine paypal Stonewylder gave up their time and skills for free, sharing with each other in a real community event. It was such fun.

At 3.30 people began bringing their cakes into the dining room ready for the cake-fest. This was something that had started as a bit of a joke on our forum but quickly became very serious. Oh the cakes I tasted!! Leanne’s chocolate caramel shortbread, Beantighe’s coffee and walnut, somebody’s divine carrot cake, my little neice Twiglet’s mini apple-cakes, Rose’s lavender biscuits … there were many many more. I’ve never in my life seen so much scrumptious cake on offer all at once. When we left on the Sunday afternoon, much of it was still there and the Monkton Wyld staff were so excited!

After the workshops and market place were all finished, everyone had supper and then disappeared to make themselves beautiful for the Stonewylde Party! Ebany had kindly organised the evening’s entertainment, and at 8pm we started to take our places in the Pine Hall. Dress code was very much as you please – wyld and extravagent or simply comfortable, but everyone had made a huge effort and people looked stunning. I’ve only put a couple of photos up here, but there are hundreds on our forum where people have posted theirs. If you join our community you’ll be able to see just how splendid the Stonewylders looked that night.

It was a wonderful evening, with all sorts of entertainment once again provided by our talented Stonewylders. There was singing from Ebany, belly dancing from Sujee, music from Bilbo, a lovely didge dirge by Carp, poetry from Wisewitch, and the funniest comedy sketch I’ve seen in many years from Darcy, our own Stonewylde comedian. We had such a lovely time, and then the music started and there was dancing and general mayhem. People had brought their own drink and everyone shared, which was great.

We then all moved down to the campfire, again ably managed by Nik, and it was really quite bizarre to be sitting around a roaring blaze with people in the most strange costumes (ranging from corsetted goddess to highwayman to fairy to Villager) whilst AC/DC and Led Zep blasted out. I don’t think Monkton Wyld has ever seen anything like it! What was especially lovely was the fact that many of the staff joined us, everyone sitting around the fire chatting, dancing and generally having a great time.

The party went on until the small hours but once again, Mr B took me off to bed even though I wanted to party on into the night. Sunday was to be my big, special day and he didn’t want a jaded Kit letting the side down. What a wise man – and how lucky I am to be taken care of so ably! So once again I fell asleep with the sound of my lovely tribe all having a great time, for the music and laughter wafted into my wide 0pen window for several hours.