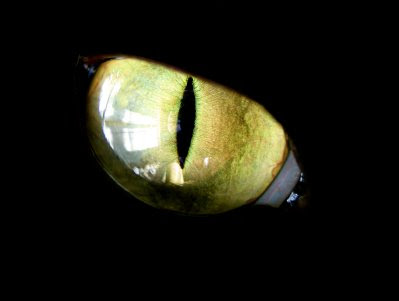 Darkness has fallen and already we’ve had three knocks on the door. I know I sound like a grumpy old woman, but I really object to this. We have visitors staying this weekend and apparently they always get in a supply of sweets ready for the masked callers, big and small. I’m afraid I’m not so kind. In the past I’ve scared them away with my own horrible mask, squirted them with a water pistol and even handed out cloves of garlic!

I hate the commercialism of “Hallowe’en”. A few years ago I was on holiday in the USA in August, and the shops were crammed full with Hallowe’en merchandise. Everything you can imagine on a scale far greater than the masks/cheap cloaks and broomsticks/plastic fangs that plug that gap in our supermarkets between Back to School and Christmas. Most of this stuff in the USA was aimed at adults rather than children, and was for the type of woman who spends a great deal of time decorating and adorning her happy home appropriately and on a grander scale than anyone else in the street. Do I sound cynical here? Too right – Hallowe’en has become a great merchandising opportunity for retailers, with children encouraged to buy the spooky tat and adults obliged to buy buckets of teeth-rotting sweets (or should that be “candy”?).

Don’t get me wrong – I love to see children dressing up, and what better than Hallowe’en as a time to let your imagination run riot. But why go knocking on strangers’ doors and demanding sweets? That’s the bit I object to. Apart from anything else, the idea of gangs of kids roaming around the streets in the dark armed with eggs and flour and able to hide buy phentermine in mexico their identities behind masks is awful. And for someone of a paedophilic nature – what a perfect time to wear a mask yourself and go on the prowl, with all those unsupervised kiddies not worrying one bit about stranger danger. It’s perhaps the one night of the year when it is quite acceptable to offer sweets to children and get away with it. I really hate it.

Our visitors have also just reminded me of the general perception of Hallowe’en before it became a commercial opportunity. “Isn’t it about witchcraft and black magic?” asked one. At which I rolled my eyes in despair. I was forwarded a link today that appeared in the Times Online, about how people incarcerated in British prisons are now allowed to practise the pagan religion inside. Paganism has been officially recognised by HM Prison Service which is brilliant news. Let’s hope too that it helps dispel some of the awful myths and misconceptions about pagan beliefs.

There are people who practise dark magic, and people who use it for evil intent. But this is not the basis of belief for those of us who class ourselves as pagan. Today is a major festival for us – Samhain. It’s the last day of the year in the pagan calendar. See my website if you’re not sure of the significance of this, but it is the festival where we remember those we’ve loved who’ve died, and our ancestors in general. I shall be lighting a candle and focussing on this – and hope there are no more knocks on the door!

Bright blessings for Samhain to all readers of this blog. And a happy new year to you all!