James and the Giant Peach, Matilda, Maurice Sendak, Miss Honey, Roald Dahl, The Twits, Where the Wild Things are, 5 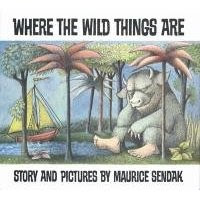 I’ve read two interesting stories this week that got me thinking about the whole political correctness thing involved in writing for children. As many of you will know, I brought up three sons and was also a school teacher, so I’ve had quite a bit of experience with books and kids. My boys had literally hundreds of books because I discovered early on, when George was just a baby, that children’s books at jumble sales were ridiculously cheap. Sometimes only 1p, but at most 10p. I’d come home with the buggy laden with books, practically buckling the struts and tearing the hood with their weight. As both their father and I were avid readers ourselves and they were surrounded by mountains of books, all three boys grew up loving stories as well as non-fiction.

One of their very early favourites was “Where the Wild Things are” by Maurice Sendak – they all loved it and we can still quote the whole book practically word perfect even now (George is 26!). He was scared of the teeth of one of the monsters but loved the wild rumpus, Oliver identified with Max because he was always being sent to his room for “making mischief of one kind or another”, and William felt sad that Max had to leave the monsters behind after they’d begged him “Oh please don’t go! We’ll eat you up, we love you so!”. The book, simple and with so little text, appealed to them all in different ways but on a very deep level. I got through several copies as the three of them grew up, because the books simply fell apart from so much loving use.

Not being scared of big, frightening things, being brave and standing up for yourself, proving that you can overcome adversity and make bad things good, knowing that at home you’re loved more than anything else in the world, and that your room (and supper) will always be there waiting for you – all very primeval and important things for children to learn. At the nursery where I helped once a week when the boys attended, I always had to read this book to the children first, before any other would even be considered. They all loved it.

So I enjoyed reading an article this week about Maurice Sendak’s attitude purchase phentermine hydrochloride towards complaints that his book was too scary for children. He said he’d tell the parents to go to hell – and the kids to go home and wet their pants. This made me laugh! I thought “A children’s author can’t say that!” and then I thought “But why not?”. We’re all so careful to be polite and non-offensive, especially if we work around children, and I found it refreshing to read about an old man who doesn’t care about this but speaks his mind.

Later I discovered another article on a similar theme but this time about Roald Dahl. Now here is someone who’s perhaps one of the most read children’s authors of all time, and prolific too. Again, my boys enjoyed his books very much, as did the primary classes I taught. His books had something for everyone, from nasty grubby little boys who loved Mr Twit’s disgusting beard and the boys’ bare bottoms where the glue had worked, to dainty little girls who identified with Matilda and the divine Miss Honey. And of course every child in between these two extremes – all found something they loved in Dahl’s books.

But as the article says, he was incredibly politically incorrect in much of his writing, which makes me wonder if he’d get away with it nowadays, if he were a new author trying to get published. I suspect his work would be instantly rejected as unsuitable for children. Luckily it’s already out there and can’t be altered.

On a final and naughty note – I remember in my first year of teaching at a very nice, middle class church school, I read lots of Roald Dahl to my Year 3 class (seven year olds). I think this happened in James and the Giant Peach – one of the aunts is described as having a mouth like a dog’s bottom. As I read this and it dawned on them just what this would look like, the entire class of 36 children (this was many years ago, and it really was 36!) just fell about laughing. As did I. And for the next week all any of them wanted to draw was a close up of a dog’s bottom. I don’t think you’d get away with that now!