My horse chestnut tree is male

Thanks so much for all the lovely comments on my last post, and other messages I’ve received on Twitter, Facebook and my Stonewylde network. It seems that the idea of following a tree for a year is a popular one, and also not a new one. How lovely that many of you either already do this or are now planning to.

I’m afraid my promise last Monday to blog soon was broken. What happened was that suddenly the fifth book started to flow and I didn’t want to stop writing! I’m now almost half way through (though not quite) and I have just under six weeks to finish this first draft. I’m living in a state of moderate panic which never leaves me, and I’m not sleeping that well either because of it. Last night I had a horrible nightmare about one of the characters in the book which really disturbed me.

Anyway – back to the Horse Chestnut Tree. I think, given that it’s my tree of the year, it deserves capital letters. Today I’ll post three photos, but I’m afraid they won’t always show just the tree. It’s a perching place to so many birds and squirrels and obviously a feeding place too. Horse Chestnut Tree dominates the view into our back garden and is particularly visible from our bedroom window. I stood gazing out at it the other day and saw something very special. I tend to spend hours doing this when I’m thinking of what comes next in Shaman of Stonewylde. 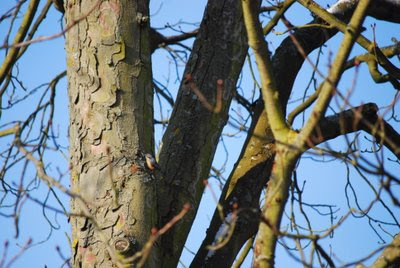 Can you see what I spotted on it? Take a close look … 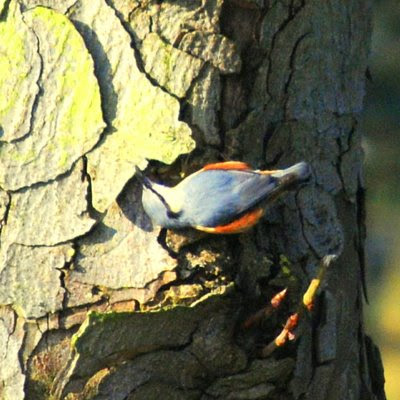 It’s a little nuthatch – so beautiful! I watched it creep all over the great chunks of bark on my tree and was really glad to get these photos. Not only is the tree a huge, magical presence in my garden, but it also attracts the most wonderful creatures. I’d never seen a nuthatch before.

Mr B said recently that he felt the tree was male, and this interested me. I know on my Stonewylde network we’ve had discussions in the past about trees being male or female. In tree folk-lore, any books you care to read on the subject, say with great authority “The oak is a male tree…” and other such statements. Obviously this isn’t a biological observation but a more imaginative one. I too had felt that the Horse Chestnut Tree was male, and was pleased when Mr B said this entirely unprompted. He’s not quite as fanciful as I am about these matters and it always makes me happy when his fancy does take flight. So … you can imagine my sense of disillusionment when he explained why the tree, to him, was masculine. 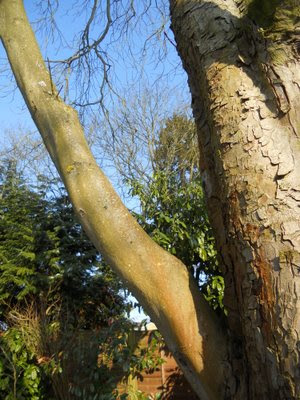 Anyway, moving on … last week was a very lucky week for me – I won prizes in THREE competitions! I never win anything so this was very exciting, and I shall tell you all about it in another blog later this week.

Tonight it’s the big, posh, glitzy Orion Authors’ Party which this year takes place in the Natural History Museum (no jokes please about old dinosaurs). I’m very excited and nervous too. It’s only for authors, agents and other publishing professionals; partners aren’t invited, so I won’t have Mr B there by my side. Don’t get me wrong -I’m a confident person and all that. But this is a huge do, and I know very few people but they all seem to know each other! It’s also enormous (last year it was in the Royal Opera House) so the chances of finding the few people you actually do know are slim. It’s very daunting and last year I coped by gulping at the ever-flowing champagne until my nerves had gone, along with most of my other faculties! This year I shall be sensible and if I feel a bit lost and lonely, I shall merely stand at the edges and people-watch.

I’m off now to get ready, and must abandon my characters in the Great Barn where they’re just about to start something rather special …