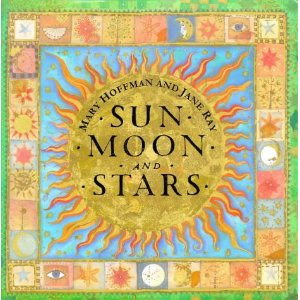 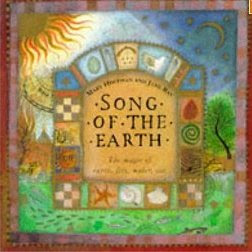 Stonewylde book 5 is coming on really well now. But my editor at Orion has been asking that dreaded question, ‘Do you have a title yet? And what ideas do you have for the cover?’ Yikes! I knew this would happen and I haven’t yet decided on the title, although there are two main contenders at the moment. And that will dictate the cover art of course. I’ve set myself a deadline of Sunday night to decide.

In the meantime, I was struck this week yet again by the way that strange and weird things happen in life – call it serendipity, fate, coincidence or whatever. I think we all know that moment when the hair on our arms rises and we have evidence that there is some kind of pattern to life. This week, the parents of a very good friend of mine visited me for lunch. They wanted to see the new house and bring some things over.

Anyone who’s read the re-published versions of Stonewylde will see that the series is now also dedicated to my friend, Debbie. She was my best friend from when we were thirteen year-olds at school together. She remained my closest and dearest friend over the years, even though we’ve both spent time living abroad and our lives were very different. She always expected me to be a writer one day, remembering my scribbles, dreams and imagination from younger days, and was one of the first to read the draft manuscript to my original books. She died in 2009 of cancer, aged 50. Her parents and I (who’ve also known each other since I was 13) remain close and now the initial shock and pain of bereavement has eased, we enjoy reminiscing about Debbie and the past.

They’ve finally sorted through all Debbie’s things and have given me lots of her bits and pieces – always lovely, but it does bring back the pain. There are also a life-time of birthday and Christmas presents and little random gifts that I gave her and which they want me to have. Debbie was very sentimental – she kept everything I ever gave her. Her parents have gradually worked their way through it all and every time we see each other they give me another box or bag of stuff, including clothes and shoes. It may seem a bit macabre, but I get a lot of pleasure out of wearing Debbie’s old things and I know she’d have approved. She always said she had better taste than me! When they visited on Tuesday they brought what they believe is the last box of things, and it contained various books I’d given Debbie over the years. I’d already had loads of books returned, so this was a surprise. And when I saw two of them I had that hair-raising moment.

Way back in the 90s I bought two books which really changed things for me at a time when I was “finding my path”. One was called ‘Sun, Moon and Stars’ and the other ‘Song of the Earth’. They were beautiful books – exquisitely illustrated and with wonderful text. They were children’s books, but I’ve always loved children’s books. These two books, which I spent so many hours browsing through, focus on mythology and legends about the world and the universe. They’re so well researched and reshaped my feelings about nature and deity. There’s one double-paged spread in ‘Song of the Earth’ called ‘Mother Earth’, with a picture of a sleeping woman – a goddess in the landscape. This is how I picture Stonewylde, and I know that these two books significantly contributed to my ideas for Stonewylde when the whole concept was still embryonic.

Debbie had such unwavering faith in the ultimate success of Stonewylde and always encouraged me, even when it all looked impossible. So a few years later, I bought her copies of both these beautiful books to thank her for all the support and encouragement she’d given me. I felt tearful when I looked in the box and saw that her parents had found them and returned them to me.

And then I went cold – firstly they’re published by Orion which I hadn’t appreciated, not having looked at my copies for years, and certainly not since signing my publishing deal with Orion. And then I saw … they’re written by Mary Hoffman! And only last week I put a link to that same lady’s blog about the Fisherman’s Wife!! Of course when I did that I hadn’t realised that she’s the author of these two favourite and much-loved books. What a strange world it is – her name leapt out at me and I couldn’t believe the coincidence.

Mary, if you read this – thank you for all the pleasure these books gave to me, Debbie and also the many children I taught, who also loved them. Thank you for the inspiration I gained from them too. And are you going to the big Orion authors’ party in February? It would be wonderful to meet you!