James Naughtie and those pesky chickens

It’s been a week of radio so far, in this run up to the launch of Shaman of Stonewylde.  The book will be published tomorrow, although many people who’ve pre-ordered it on Amazon have already got their copies. This seems a bit naughty to me, and nothing to do with making sure readers have it on the day of publication at all.  But anyway, talking of naughty ….

On Monday, I went up to London to take part in the Radio 4 Bookclub. I’ve done this before and it’s great fun.  This recording was done at Langham Place and it’s very exciting, going into the BBC building, getting your security badge, sitting in the grand studio with lots of people buzzing around with microphones.  James Naughtie is the presenter, and he’s a really lovely man.  This photo is courtesy of the Radio Four website – I didn’t like to ask if I could take a picture. 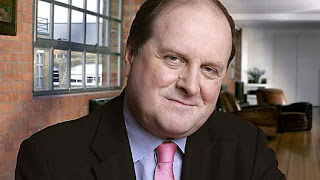 I made him laugh the last time I attended a Bookclub recording, by likening characters in the book Mrs Palfrey at the Claremont to characters in Fawlty Towers.  I was delighted when this was included in the final edited show that went out on air!  So on my visit this week, to discuss the Costa prize-winning book Pure by Andrew Miller, I hoped to amuse him again.  And I certainly did that – although not in the way I’d intended.
We were about to start recording, and James told us to make sure our phones were off.  I’d already put mine on silent, not actually knowing exactly how to turn it off.  It was all very quiet, no rustling or coughing, no interruptions as James began introducing the novel and its author in his beautiful, mellifluous tones.   And then suddenly, the room was full of a terrible jangling noise, the sort that plays in Tom and Jerry cartoons when something dreadful happens and someone’s eyes are out on stalks.  And I realised, as my cheeks flushed and my body broke out in a sweat, that the noise was mine.
Everyone in the room – over thirty people – stared at me in horror as I scrambled in my bag to locate my phone.  I’d put it on silent!  But I knew exactly what that noise was: 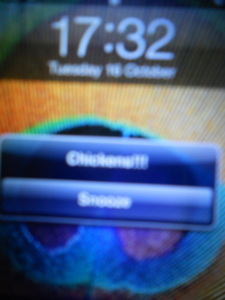 You probably can’t read this – I took this photo of my phone-screen yesterday but it didn’t come out very well.  The top line of the alert says “Chickens!!!”.  This goes off every day, including Monday. Whilst the weight of everyone’s disapproval crushed me, James made light of my dreadful faux pas with a kind comment about the bad timing of people’s calls.
‘No,’ I muttered, horribly embarrassed and still scarlet with chagrin, ‘it’s not my phone going off.  That’s my chicken alarm.’
‘Chicken alarm?’
‘It’s to remind me to put the chickens to bed, so the foxes don’t get them.’
At this the room erupted into laughter and I didn’t know where to look.
‘Well are they alright?   Do you need to phone someone to ask if they can be put to bed?’ asked James, rolling around in mirth.
‘No, no!’ I said.  ‘They’re fine – I put them into their pen before I left.’ 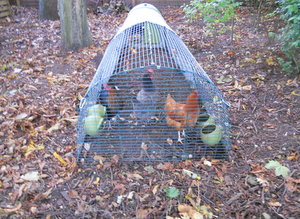 James made several references to my chickens throughout the recording (I’m assuming these will all be edited out) including referring to me as the chicken-lady when I plucked up the courage to ask the author my question about the elephant in his book.  The book Pure is wonderful, by the way!  Dark, quite Gothic, disturbing but utterly fascinating and beautifully written too.   Before I left the studio, I promised James that if ever I were lucky enough to take part in the Bookclub again, I’d bring him a box of eggs!  And the darling man told me that he kept bees!
The next day saw me in another radio studio, doing an interview for BBC Radio Solent.  This station covers the Hampshire/Dorset area, and as I have book signing events in both Dorchester and Southampton, my PR lady had no trouble arranging this interview.  I had intended to drive down to Southampton to the main studio, but at the last minute it was arranged for me to pop up to Caversham, just outside Reading, and use the BBC Radio Berkshire’s studio.  How clever! 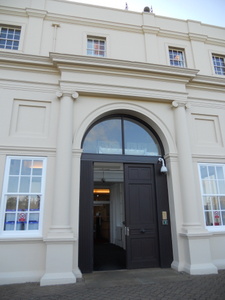 Another grand building, and although there was some confusion, at last I was shown into a little studio where I could speak with Katie Martin from Radio Solent. 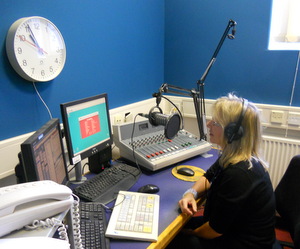 It was a bit weird talking to a blank wall like that (when I’m on the phone I always pace around and do things like water the plants or tidy up the fridge) but Katie sounded really friendly and the interview went well.  This is what she looks like, apparently – such a smiley face!  The picture is from the Radio Solent’s website. 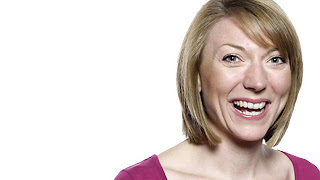 Apparently the interview goes out today – you can hear it on Radio Solent which can be found here – and it’s available on the listen again facility for seven days.  I can promise that during the interview, there are no alarms whatsoever – I’ve certainly learnt my lesson, and how to actually turn the damn phone off!
Share this
0 likes
3 Comments