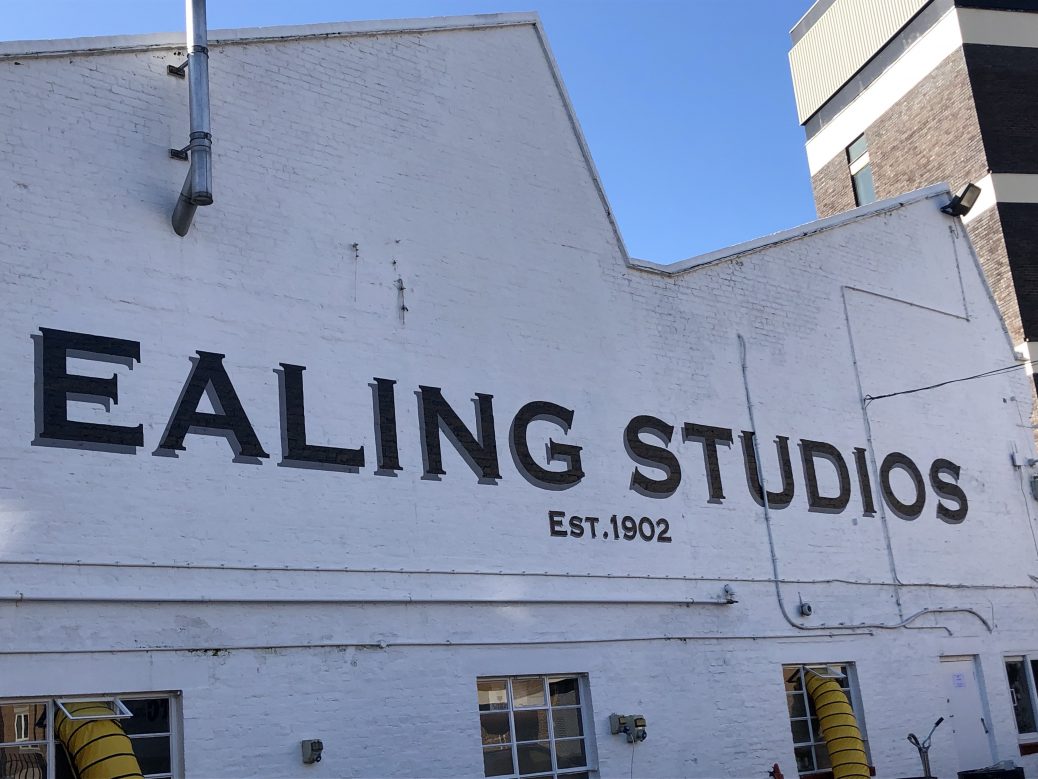 I have just spent a wonderful weekend at the Ealing Studios in London, attending a course run by John Yorke, entitled ‘Advanced Structure’. If anyone reading this hasn’t heard of John Yorke (and I suppose if you’re not a writer or working in the TV or film industry, you may not have) then do look him up on Wikipedia https://en.wikipedia.org/wiki/John_Yorke_(producer).

He’s an amazing man – friendly, professional, clever and with a great sense of humour, as well as being somewhat self-deprecating.  And he’s an expert on the structure of story – whether it be fiction, TV or film.  His wonderful book ‘Into the Woods’ is an absolute must for anyone hoping to break into film or TV, or indeed, fiction writing.  He explodes a lot of the rubbish written about plotting, structure and form.  His opening line in the book states “There’s an awful lot of nonsense written about screenwriting”.  And he should know! John has worked in the industry since 1986, initially in radio, but since 1996, in television, with the BBC and Channel 4.  He knows his stuff. I’ve read several books about writing for TV and film, and cannot bear how very prescriptive some of them are – insisting on this happening on page 4, that happening on page 22, etc.  To me, this runs counter to everything I know about story telling.  It’s not a formulaic process! It comes from the heart and the soul and cannot be broken down into painting by numbers.

I attended a one day course run by John Yorke a couple of years ago, when my lovely friend Essie Fox gave me her ticket as she could no longer attend. Since then, as many of you will know, I’ve been trying to adapt Stonewylde for a television series.  This is not helped by the fact that I don’t watch much TV, preferring to read fiction.  It’s been a struggle – I worked online with a coach in Los Angeles for a while, and he certainly helped me get up to speed with the whole process, including the software. But in the end, the nuances of Stonewylde didn’t really fit with his Hollywood style and my course with him came to an end.   Stonewylde is a very English concept, and not something that translates well into the whole LA genre.  Having said that, I think many American viewers will really enjoy it, simply because it’s so very different to standard Hollywood fare.

So I’ve decided to go it alone – as many of you already know, I’m working on the pilot episode (the initial episode that hopefully will hook a production company in) and also writing the ‘series bible’.  This is film/TV speak for the pitch that goes with it, where you explain the concept of the series, describe the main characters, outline the rest of the season’s episodes etc.  It’s not easy – it has to be expositional but also has to sell the idea.

Many times I’ve felt like giving up.  But thanks to social media I know how many of you lovely Stonewylde readers are rooting for me, and how much you want the books to be made into a TV series. And how many of you want to be extras in the production!  So I’ve kept going and now, finally, am almost there and ready to start pitching.  This weekend course with John Yorke was booked as the final push – I aim to go back through the pilot episode and the bible this week and tweak, incorporating all the gems of wisdom that I learned this weekend.

It was very exciting going to Ealing Studios for the course.  The room that had been set aside for us was double-booked, so we ended up in an actual studio which was vast and very industrial in appearance. There were a lot of wannabe screenwriters in the audience, and many who’d already broken into the industry. Everyone was friendly and fun, and John’s sense of humour kept it all light-hearted and enjoyable, despite the weight of the nuggets of gold he shared with us.  We watched many TV and film clips to illustrate his points, and the whole thing was brilliant. I came away buzzing with enthusiasm and excitement!

So now I’m all fired up and eager to get on with pitching Stonewylde to producers. I gave John a copy of Magus with the tiny hope that he might read it and perhaps, if he likes it, see his way to introducing me to someone who can help get the TV series made.  That would be amazing! I don’t particularly want to write the whole screenplay myself (yes, I still have that historical novel set during the Civil War on the magical Isle of Portland calling to me and as soon as Stonewylde has gone off, I’ll get cracking with that!) but would love to be a consultant in the process.

One of the main things I learned this weekend was that story-telling is archetypal and not something you can do mechanically.  Yes, you need protagonists (Sylvie and Yul, and then Leveret) and an inciting incident (Sylvie moving to Stonewylde), followed by a journey, a mid-point crisis (Magus discovering Sylvie is moongazy and then banishing Yul to Quarrycleave) a climax and a resolution, but that’s already all there in the story!  When I wrote Stonewylde, the first three books were originally one massive tome, and it was my initial agent Clare Pearson who advised me to split them into a trilogy. I was writing from the heart.  I had no formal structure mapped out; the story just grew of its own accord, the characters appearing like long lost friends or foes, and this was one of John’s messages.  A good story instinctively follows structure, else it doesn’t work.  But following a set of instructions is not the answer, and the story will come across as flat and formulaic if you try to do this without the innate creativity required.

Stonewylde has been my life’s midpoint wake-up call, my encounter with the hare in the woods being the inciting incident. Getting the books published and realising how many people loved the story was the climax, and now I’m heading for the resolution – interesting a production company in taking on the five books for a five season series.  It would be an absolute dream come true, a validation of the wonderful support and enthusiasm you’ve all given me over the years.

The story is archetypal, and resonates within us.  We root for Sylvie and Yul throughout, despite their flaws, and Magus is the perfect antagonist.  But once he’s gone, then … it all flips on its head.  Initially some people didn’t like the fourth book, Shadows at Stonewylde, because of what happened with Yul.  But happily ever after isn’t always real, nor does it make an exciting story. And as for the final book … well, I won’t put spoilers in here, but those of you who’ve read the entire series know that despite the shock of the ending, it feels right. Sylvie IS Stonewylde, and Mother Heggy knew she needed to come to Hare Hill to be grounded forever in the enchanted landscape.

Thank you everyone for your constant support and love for the series.  It changed my life irrevocably and I have a strong feeling this WILL work out – it’s been a magical journey and we’re heading for the resolution!  Watch this space …