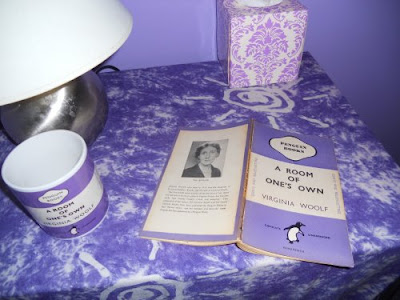 So … the cup of tea. I’d just finished painting my room, ready to start Book 5 after Yule. It was now almost the end of November and pretty hectic. We’d been in our new home less than a month and were still surrounded by boxes. Yule was approaching – always very busy for us as all my children come home for the duration, plus one of my sisters, and then we have many other family visitors to stay during the holiday period too. But I’d already arranged an extensive Waterstones book-signing tour to promote the four books published this year and had to honour all the engagements.
I arrived in Staines Waterstones a little frazzled as always – I can never find the place. I should be able to by now, as this was my fourth visit here since the first book was self-published back in 2005. Staines was the very first place where I ever did a Waterstones book signing event – a lady called Maria had somehow discovered the book and called me in great excitement to arrange a visit. I was terrified. It went alright-ish apart from some heckling from a band of yoofs (one day soon I’ll blog about Waterstones signings in case any other writers who haven’t yet done a book signing event are interested). Since then, I’d been invited back here three more times. Maria had long left but the staff at this branch are always very welcoming. This is not always the case, so it’s with relief that you turn up on time on the allotted day to find a table and chair have been provided, a supply of your books are actually on it, the promotional materials sent by Nina Douglas my publicist at Orion are on display and the staff smile at you in welcome.
One of the sad things is that book-sellers come and go, so even when I’ve visited the same branch before, often the people there are different. Plus I am absolutely useless at remembering names – so with apologies I say that a very lovely bookseller looked after me that day and whilst I was unpacking my signing pen and leaflets, she made me a cup of tea. And served it in THE MUG!! A mug the exact shade of purple that could be found lurking under my fingernails and with the wonderful title “A Room of One’s Own”. I squealed with joy but luckily the mug and tea remained intact. I had of course seen the retro Penguin merchandise around before, but not this particular example.
I immediately decided that I had to buy a mug like it, but to my huge disappointment, the lady told me it was no longer on sale in the shop. Much later, having sold lots of books, drunk more tea and eaten some of her amazing home-made shortbread, it was time to pack up and go home. And she took the mug away, washed and dried it, and presented it to me with a hug!! I can’t believe that I’ve forgotten her name as she was so kind and I absolutely treasure the mug. It is sitting at my elbow and contains dregs of tea (fresh) right this moment!
Of course I then realised I had to read the book itself, and ordered a first edition (see photo) that I found online for only about £4. This was published by Penguin Books in 1945, although it was originally published in 1929. My copy, in very good condition, has a label inside saying “Clare and Peter West” and some old-fashioned writing in blue ink saying “Peter W. Clifford West, March 9, 1946”. In fact the book, as many of you probably already know, is actually an essay, based on two papers read to the Arts Society at Newnham and the Odtaa at Girton in October 1928.
As with any Virginia Woolf prose, it’s beautifully written and also very thought-provoking. The title of her original papers was “Women and Fiction”, and she discusses this from a 1928 perspective. Women had only recently won the vote, and the literary world (the whole world in fact) was dominated by men. It’s a wonderful little book to read, and Woolf states that in order to be freed of the constraints of family demands, lack of space etc, every woman who aspires to write should have a personal income of £500 p.a. and a room of her own. She says that without this, it’s almost impossible for a woman to find the time, energy or privacy to concentrate for any length of time and create something worthwhile.
As I read her book I smiled, many a time. I remembered my attempts to write, surrounded by teenagers, cats, blaring music and computer games and with four of us to support through my full-time teaching job. I imagined the refined Mrs Woolf staring at me in perplexity as my fingers flew over the keyboard and I ignored plaintive requests for food/clean T-shirts/help with homework. Of course she’s talking about creating a work of great literary merit, not a simple story such as Stonewylde, but even so …
She discusses authors such as Jane Austen and the Brontes, and says,” …the middle-class family in the early nineteenth century was possessed only of a single sitting-room between them. If a woman wrote, she would have to write in the common sitting-room.” This really made me smile. But it also reinforced my great excitement and sense of good fortune at finally possessing “a room of one’s own”. And of course, the mug to match!
Quoted from “A Room of One’s Own” by Virginia Woolf, Penguin 1945
Share this
0 likes
Related Articles
5 Comments