A Gothic Sunday down in the catacombs 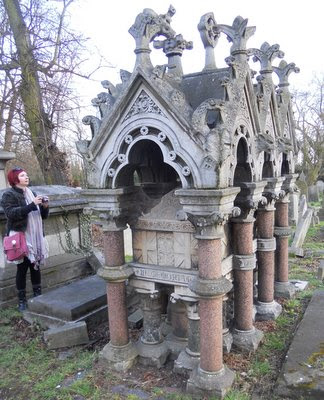 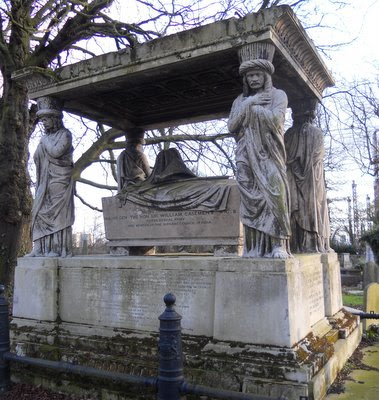 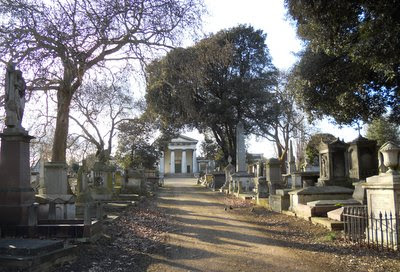 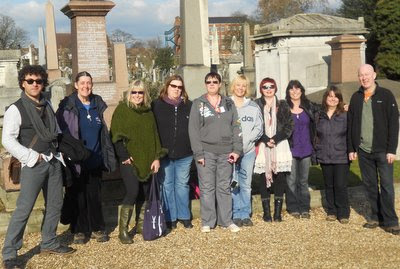 One of the best things about Stonewylde for me is the new experiences I’ve had since writing the series. Our social network group has flourished for several years now and members meet up regularly all over the country. Last Sunday saw one such get-together at Kensal Green Cemetry in London. Ten of us met up there, and were given a private tour by Sue who’s a huge Stonewylde fan and also a volunteer guide at this amazing cemetry.

She looked after us for over three hours and it was one of the best afternoons I’ve had for a long time. Sue is such a knowledgeable guide and admits that she particularly enjoys the scandal. We learned all sorts of naughty things about the inhabitants of the cemetry and what they got up to when alive. It’s a myth of course that everyone was prim and proper in Victorian times – some of the tales that Sue told us would really make your hair curl!

Apparently the cemetry was opened in 1833, one of seven I think in London to cope with the high mortality rate. It’s over 70 acres (no wonder I felt so tired at the end of the tour) and is still very much in use today. Kensal Green has its share of famous bodies, including writers such as William Thackary and Anthony Trollope, and historical figures such as Lord Byron’s half sister and wife. To be honest, there was so much interesting information that not much of it has stuck in my addled brain.

There are some amazing tombs, monuments and graves, some very simple but many incredibly ornate if not downright vulgar, reflecting the taste of the time. Rich and poor are buried at Kensal Green, and even some royalty too. My favourite part of the tour (but also my worse) was visiting the catacombs. Unfortunately we weren’t allowed to take photos down there so I can’t show you just how terrifying and grim it was. There were coffins in various stages of decay everywhere – it was a city of death, with streets going off the main thoroughfare and all full of hundreds and hundreds of coffins. I was thoroughly spooked by the whole thing, although it was an experience I’m so glad I had.

Sue was fantastic, and I certainly want to go back there again as there was just too much to take in on one visit. Many thanks to her for such a wonderful private tour for Stonewylde readers. Thanks too to Sam for the lovely handbag charms she made for all of us, and Ros for the delicious lemon drizzle daisy cakes. What a great afternoon it was! For more information about Kensal Green cemetery and visits, click here.

Tomorrow, 1st March, is World Book Day and I’m off at the crack of dawn (actually, while it’s still dark) to Dorset. I’m speaking to children at St Osmund’s Middle School in Dorchester, followed by a coffee with Loose and Leafy blogger, and then a signing session in Dorchester Waterstones. I’m really looking forward to it and will post about it soon.