A gift for Jim Naughtie 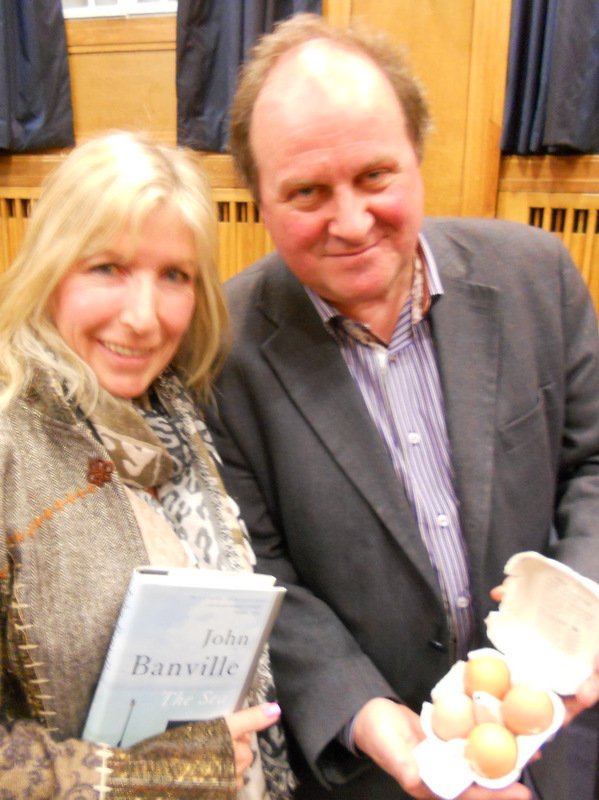 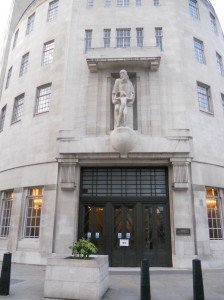 Today I was once again fortunate enough to be part of the studio audience for James Naughtie’s Radio 4 Bookclub. This was my third visit, and each time I enjoy it more. Jim (as he introduces himself) is the most lovely man and entirely without pomp or pretension.He also knows his stuff, and is brilliant at drawing out his guest author and getting to the nub of the book in question. 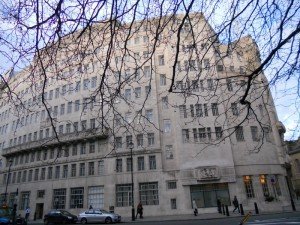 It was strange walking up the street from Oxford Circus towards Langham Place, knowing I was surrounded by Portland stone. Given the amount of time I’ve spent on the Isle of Portland, researching my new book and studying quarrying and the stone industry, it was incongruous to find myself standing beneath huge blocks of it in the heart of London.

Once inside, studio guests are ushered upstairs to the studio where wine is served. I’d brought a little gift for Jim – a small box of eggs laid by my own chickens.  I wasn’t sure if he’d remember the incident, but last time I was there for the Bookclub recording of  Andrew Miller talking about Pure, I made a dreadful faux-pas.  I’d turned my phone onto silent, but hadn’t understood that any alarms set will still go off.  We were well into the introduction of the show, with Jim in full mellifluous flow, when my alarm began to bleep very loudly.  I was mortified, but when I explained to the entire audience that it wasn’t just any old alarm, but my special chicken alarm, Jim roared with laughter.  He was worried that with me up in London, nobody would shut the girls up safely for the night, out of the foxes’ reach.  Luckily Mr B was on the case back at home! 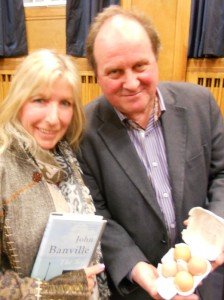 Jim Naughtie and his eggs

I promised Jim then that if I were lucky enough to come to the Bookclub again, I’d bring him some eggs.  And so today I did – and he remembered! He was so pleased, and said they’d travel back up to Edinburgh with him where they’d be enjoyed.

He told me about his bees, which he loves, and urged me to keep bees myself.  I’m desperate to do this, and have been for several years, but haven’t yet persuaded Mr B.  I think he has visions of swarms clinging on everywhere, sticky honey running in rivers and visitors getting stung to death.  I must renew my efforts to persuade him, especially as bees are so beleaguered nowadays.

Today I actually switched my phone OFF rather than simply putting it on silent, and the recording went without mishap.  John Banville was the guest, discussing his 2005 Man Booker prize-winning novel ‘The Sea’. It was such a pleasure hearing him talk about the book, which I enjoyed hugely.  It’s beautifully, perfectly written, as one would expect from an award-winning literary novel, but it’s also a marvellous story which seamlessly weaves together a tale of past memory and present loss. 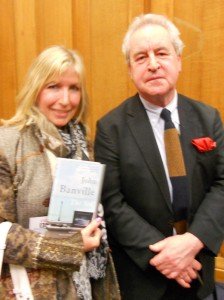 John Banville at the Radio 4 Bookclub

It was fascinating to hear John Banville speaking of his views on the past, and how it could be said that through our interpretation and sometimes misrepresentation of  the past, we’re able to make sense of the present. This reminded me of a line from one of my own books, although the Radio 4 Bookclub was certainly not the place to mention that! I’ve just looked it up (in Shadows at Stonewylde) – Martin says to Sylvie, ‘You see the past as a crow on your shoulder, but to me, the past is a cloak to be worn. If you discard it completely, you’ll reveal the nakedness of your future.’ I’ve always felt that the past is not only a protection against an uncertain future, but also a disguise to deflect attention from the insecurities of the present.

John Banville spoke of how we’re all prone to re-inventing our pasts, both deliberately and unconsciously, and how unreliable memory can be. He said so many things that resonated with me, particularly how the person who sits down to write the novels every day isn’t actually him.  He had no idea where the books come from, feeling often that they’ve been written by another person.

‘The Sea’ is a story of bereavement, exploring the complexity of emotions that engulf the bereaved, and also a revisiting of childhood passion and awakening. Max, the protaganist, has recently lost his wife to cancer, and in an attempt to come to terms with her death, he returns to a seaside place where he spent a long summer as a boy.  We learn of his involvement with the Grace family – parents, twin offspring and governess – and the profound effect this family has on his life. 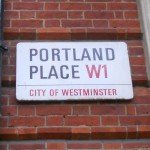 A great deal of the recording is cut, and never reaches the actual Bookclub programme.  Today’s discussion was really interesting and I don’t envy the team who must decide on the cuts.  John Banville spoke so fluently about this wonderful book and his thinking behind it, that cutting any of it would be awful.

I look forward to the broadcast on April 6th, and to seeing the film, which apparently is due for release in April also. I hope the sublime prose of the novel isn’t lost in the translation to film, and wonder how exactly the strange twins will be portrayed. I do hope the webbed feet will remain – these too are something I’d planned for a character in my Portland book. John Banville describes them in detail, and it will be interesting to see if the film director has decided that their significance in the story is enough to merit their inclusion. Of all the fascinating detail in ‘The Sea’, it’s the webbed feet (only mentioned once) that have really lodged themselves in my imagination.